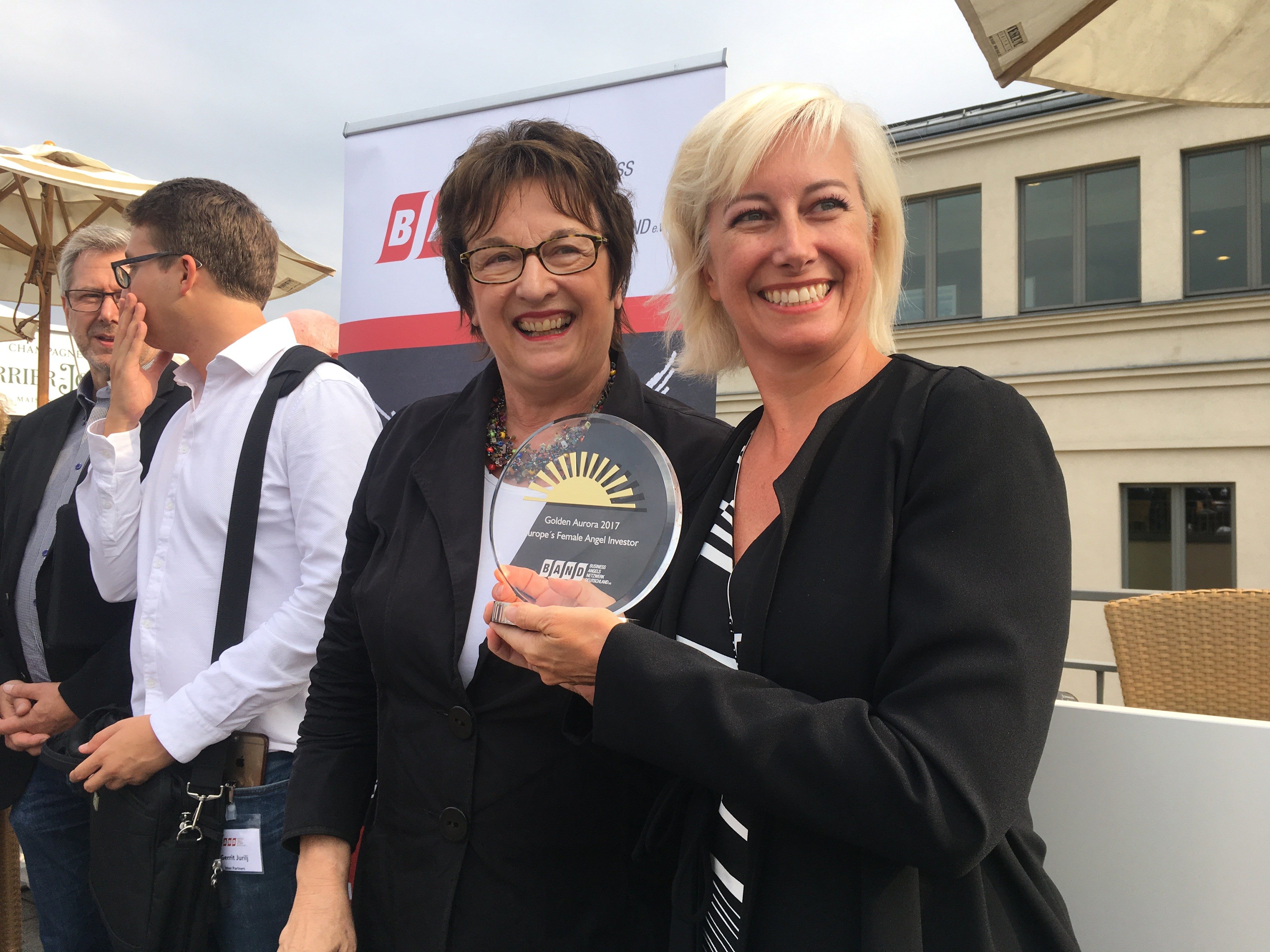 She convinced the jurors in 2017: Paola Bonomo (right) received the first-ever Golden Aurora in 2017, handed out by Germany’s Federal Minister of Economy Brigitte Zypries.

Who is eligible to be nominated?

Any active female angel investor with a permanent residence in Europe is eligible to be nominated. The winner of the Golden Aurora will be expected to serve as an ambassador for Female Angels in Europe since it is a clear objective of BAND to motivate more women to become angel investors.

The investor is to be nominated by anyone, be it one of her portfolio start-ups or a colleague. The nomination should answer the following questions: how does she support start-ups, both in terms of financing and entrepreneurial backing? What is special about working with her?

How do I nominate my angel?

A jury of experienced angel investors and distinguished players of the ecosystem all over Europe will decide on the winner. The ceremony will be held during the „Deutscher Business Angels Tag 2018“ on June 17th in Berlin.

The angel investment ecosystem has been on a steady rise throughout Europe in recent years. However, women entrepreneurs acting as business angels still seem to be somewhat underrepresented. In 2017, Business Angels Netzwerk Deutschland e.V. (BAND) decided to put an end to that and shed light on the important contributions of Female Angels to the economy by awarding the first-ever European Female Angel of the Year with the Golden Aurora Award (won in Berlin by Paola Bonomo). Our official partner of the award is Business Angels Europe (BAE).

In Roman mythology, Aurora opens the gates of the sky to allow the sun to rise. Female Angels also open gates for their start-ups that may result in golden opportunities. Also, the award is able to shed light on the contributions of Female Angels like Aurora sheds light every dawn.