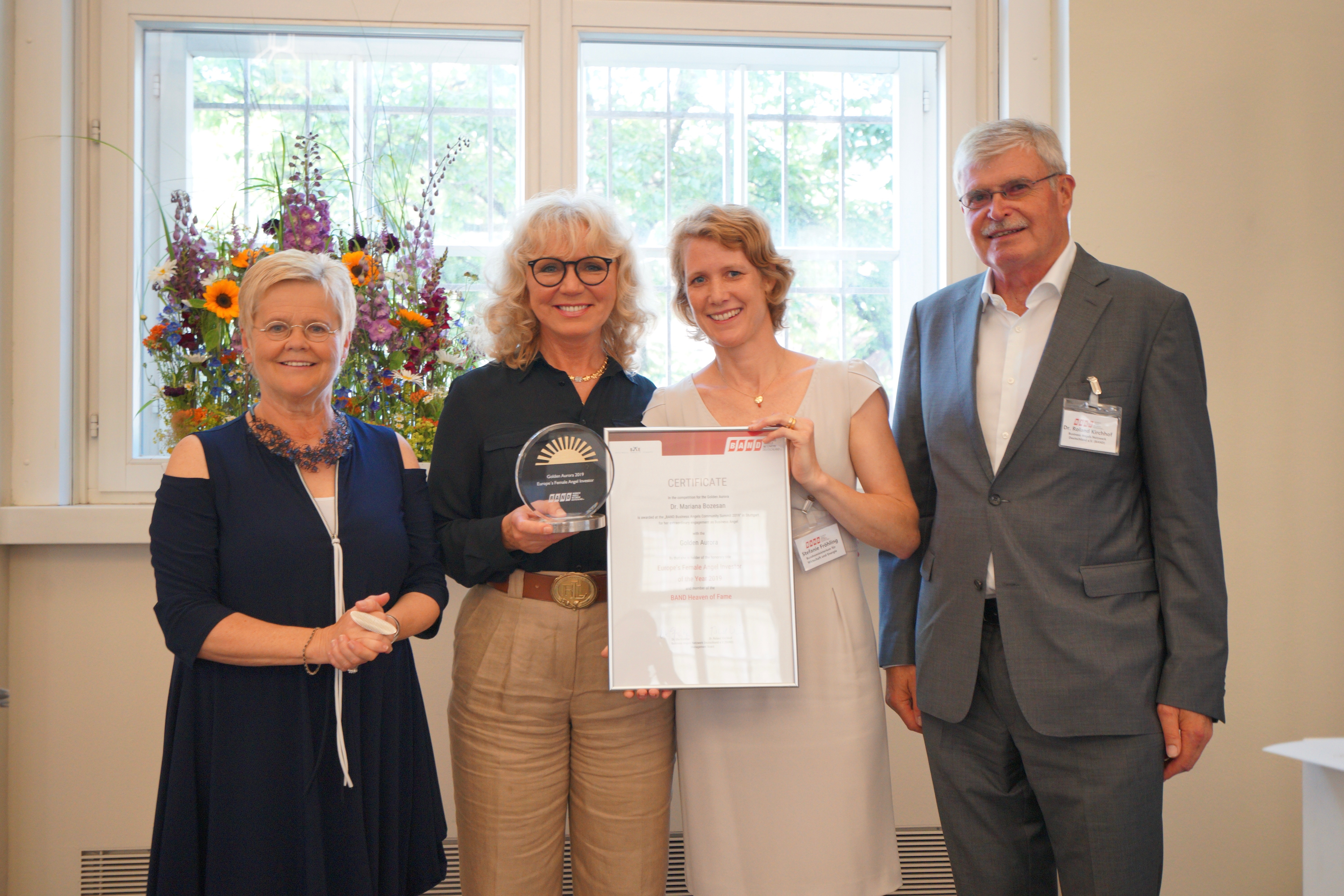 Mariana Bozesan makes her investments within the family-owned AQAL AG, which exclusively finances and supports sustainable start-ups. As a full member of the Club of Rome, she is deeply convinced that the UN’s Sustainable Development Goals must also be implemented through her angel investments. What is needed is an investment turnaround based on the guiding principles of equal value for people, planet and profit (PPP). Her first investment successes were CyberNetAG, the first publicly traded Internet company in Germany, and Penumbra, market leader in the treatment of acute ischemic stroke.

Current examples of their investments include NDC Data Centers GmbH, Munich, which offers data centers major savings in energy costs for cooling and space requirements through a patented process. Spyridon Linardakis, CEO of the company, is enthusiastic about Bozesan’s ability to “inspire and lead people to integral sustainability.” Another investee is Surgitent GmbH, Hamburg, which builds sterile environments for surgery in developing countries. “She has encouraged us to focus on using only materials that are environmentally friendly and that comply with social and regulatory aspects,” says Michael Ahrens, M.D., Surgitent’s CEO.

Bozesan is a member of business angel networks in Germany (BayStartUp) and the U.S. and an investor in various VC funds. Prior to her involvement as a business angel, she held senior positions at Oracle, Digital Equipment (now Hewlett Packard) and IntelliCorp, a pioneer in artificial intelligence. She is the author of several books; president of the AQAL Foundation; and serves on the boards of a number of companies and organizations committed to sustainability.

Dr. Mariana Bozesan studied at Stanford University and the Karlsruhe Institute of Technology (KIT), holds a degree in Artificial Intelligence and Computer Science and a PhD in Psychology from what is now Sofia University in Palo Alto.