Association
Business Angels Network Germany e.V. (BAND) is organized as a registered association. BAND was founded in 1998. Since 2001 BAND has its headquarter in Essen (North Rhine-Westphalia). The supreme governing bodies of the association BAND is the board and the general assembly.

Since 2001, Dr. Ute Günther is co-president of Business Angels Netzwerk Deutschland e.V. (BAND), the association of the German Business Angels market. Since 2013 she also serves as Vice President of Business Angels Europe (BAE). She has been executive board member of Business Angels Agency Ruhr e.V (BAAR) since 1999. Additionally, she serves as Director of the company Startbahn Ruhr GmbH as well as Managing Board Member of pro Ruhrgebiet e.V. In 2013 she was appointed to be a member of the Advisory board “Young digital economy” at the German Federal Ministry of Economics and Energy. Dr. Günther studied Philosophy, Romance languages and Education and has been active in researching and teaching at the universities of Bochum, Essen, Trier and Vallendar.

Dr. Roland Kirchhof is the co-president of Business Angels Netzwerk Deutschland e.V (BAND). He also serves as CEO of Startbahn Ruhr GmbH, co-president of Business Angels Agentur Ruhr e.V. (BAAR), member of the Board of pro Ruhrgebiet e.V. and honorary chairman of the association Europa Union e.V., Germany, District Association of Herne. The qualified lawyer has made his doctoral thesis at the University of Munich and completed his management career in the Free State of Bavaria, the State administration North Rhine-Westphalia as Assistant Secretary of the County Association NRW and as Chief Executive of the independent city of Herne. In addition to his law career he is pioneer of Angel Investment in Germany and an expert in developing infrastructures for young innovative start-ups and capacity building strategies for example by organizing Businessplan Competitions in innovative future branches. 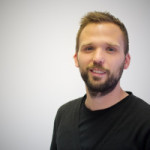