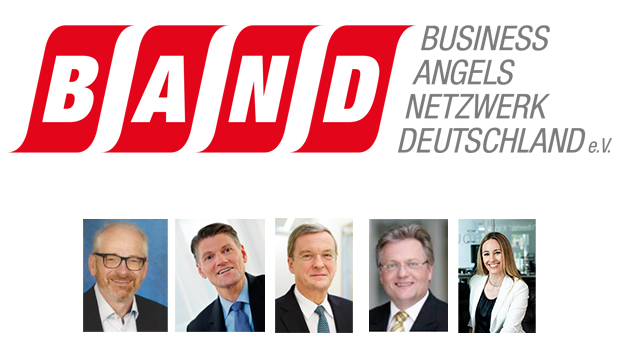 The BAND Business Angels Advisory Board promotes the networking of the business angels accredited with BAND and uses its specific network contacts to strengthen BAND’s membership base, among other things. It supports the board in making angel investing more visible to the public, in the thematic focus of events, in the initiation of projects as well as in political work through the increased contribution of angel-specific know-how.

Members of the advisory board

Dr. Volker Bauer has been active as a business angel since 2014 after a corporate career. Prior to that, he headed the fortunes of Hansa Group AG as COO until mid-2013. Prior to this position, he held various positions at Hansa Group AG and Henkel AG & Co KGaA until 2009, initially in R&D, then as plant manager in Genthin, plant manager in Reims and managing director of the Genthin subsidiary company. Volker Bauer studied chemical engineering at the University of Karlsruhe (TH) and earned his doctorate at the Engler-Bunte Institute there . He has been a member of the BAND Business Angels Advisory Board since 2017.

Willem Bulthuis has been active in the international technology sector for 30 years, in Silicon Valley and in Europe. After global leadership positions at Philips Electronics, NXP Semiconductors, Giesecke & Devrient and secunet Security Networks AG, he is now a business angel for high-tech and sustainable startups, private equity advisor and board advisor for large companies in the areas of digitalization and corporate venturing. He is Founding Partner of TCF Partners, focused on financing and managing capital-intensive ventures in the sustainability sector. He has been a member of the BAND Business Angels Advisory Board since 2017.

Prof. Dr. Christoph von Einem has been a business angel since 1998 and currently holds eight active investments. In 2013, he also founded Smart Mobile Labs GmbH in Munich, which operates in the field of video streaming in 4G and 5G mobile networks. Since 2014, he has been a partner at ARQIS Attorneys at Law and directs their office in Munich.
He advises on mergers & acquisitions, corporate governance issues, private equity/venture capital and corporate law. He focuses on representing national and international private equity funds, technology-based start-ups, medium-sized companies and their shareholders, board members and managing directors.
In addition to his work as a lawyer, he teaches “Entrepreneurship and Law” at the Technical University of Munich, is Chairman of the Board of the Venture Capital Club in Munich and has been a member of the BAND Business Angels Advisory Board since 2017.

Oliver F. Gosemann is active as a multiple supervisory board/advisory board member, business angel and industrial advisor. He currently holds supervisory and advisory board mandates at Volteas Ltd, Prophete Group and Gundermann & Drunck GmbH, among others. Previously, Oliver Gosemann was CEO and co-investor of Talis Group and Knürr Group. Prior to that, he was Managing Director of the Schroff Group and held various management positions at Siemens AG. Mr. Gosemann is a certified supervisory board member and a certified restructuring and reorganization consultant. As a business angel, his investment focus is on CleanTech/ GreenTech. Currently, Mr. Gosemann is invested in four start-up companies in the areas of, water treatment, wind energy generation, plastics recycling and mobile LTE. Since 2017 he is chairman of the BAND Business Angels Advisory Board.

Juliane Hahn is active as a multiple advisory board member, business angel (including the nu company, combyne), mentor and as a VC consultant. She is Founding and Managing Partner of the VC fund Signature Ventures, which specializes in investments in early-stage international decentralization and blockchain projects. Previously, she built up and managed the venture capital units of the two listed groups CECONOMY AG and Drillisch AG (United Internet AG) and advised investors, founders and companies in the field of venture capital with her own consultancy. Juliane Schiefer’s professional career began as a lawyer at the renowned transaction law firm Skadden after studying law in Munich and Paris.